More than 20 years of proven equity and debt capital raising in Africa, through our strong and established network. 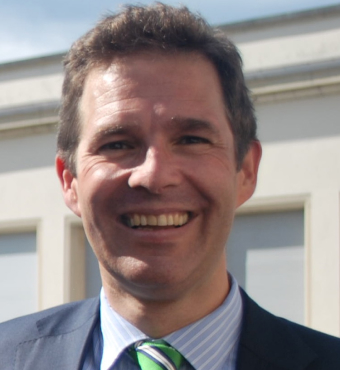 From 2000 through 2010, Olivier was the Chief Representative of Belgolaise Bank and then of Fortis Bank while based in Johannesburg, South Africa. He was in charge of coordinating the commercial prospecting for the African continent on behalf of the bank and of the origination of transactions relating to: correspondent banking, structured trade finance, export finance, and project finance.

From 2010 through 2015, he was the Global Head of Africa for BNP Paribas, based in Geneva, where he built the team dedicated to Africa as well as for the Monaco Branch. He was in charge of covering more than 34 countries and developing cross-selling financing opportunities. He was also responsible for the M&A, Energy and Commodity divisions of the bank. Assets under management grew by more than 100% through his leadership as BNP Paribas became the number one wealth management bank in Geneva dedicated to Africa.

From 2015 through 2018, he was the Global Head of Africa and Middle East, Member of the International Executive Committee, of Edmond de Rothschild Bank, based in Geneva. He was in charge of the strategy for Africa and the Middle East through his teams based in Monaco and Switzerland; additionally, he was the lead responsible for their Dubai office. He developed a Corporate and Advisory offer exclusively dedicated to the customers. He also arranged financing directly for the Rothschild family.

He is a graduate of law and political science – international relations from UCLouvain (Belgium). Further, he has a postgraduate diploma in African politics from UCT (Cape Town) and in international commerce from Solvay Business School (Brussels).

Over the past 25 years our lives have been intimately linked to the African continent, both professionally and privately. We have not only travelled all over the continent, but we have lived in some of its many wonderful, diverse countries.

This journey has enabled us to deeply understand what African culture is, how to follow the expected business etiquette, how to interact with relevant authorities, and how to develop a wide network of trusted contacts. But also and above all – throughout our career – we have actively participated and contributed to the arrangement of a large number of financings enabling the successful implementation of major projects.

The Deltec Partners team is equipped with decades of experience stemming from senior management positions held at leading banks within Africa and abroad. We know the dynamism inherent in African entrepreneurs, and how ambitious they are. We know how to raise capital for those successful entrepreneurs, bringing to each of them tailored solutions.

Our ambition is to place all of our experiences behind the entrepreneurs we serve; to partner with them at the early stages of their projects and find for them the best financing solutions possible.

For this reason we know we are a unique merchant bank for Africa.